Expand Scaffolding is a small but highly proffesional team of scaffolders based in Shirley CR0 with over 10 years of experience.

Because we operate as one of the leading scaffolding companies to cover Shirley and surrounding areas and other locations across Kent and Surrey – our domestic customers can expect high quality workmanship from our scaffolding erectors at all times.

Our Shirley company has excellent scaffolding experience and we can guarantee a safe domestic scaffolding services with solutions for all of your access problems and a fast, friendly and reliable service. Expand Scaffolding offer all types of traditional scaffolding in Shirley CR0  locations from small access towers to larger independent scaffolding for those important property maintenance projects. 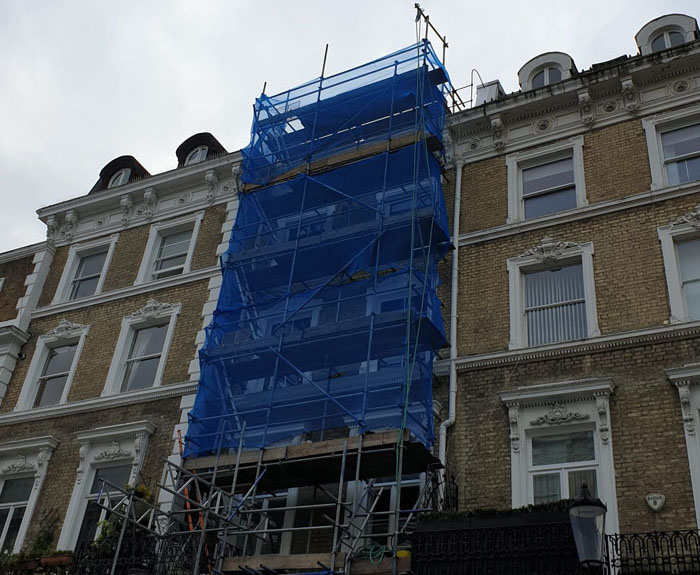 Our scaffolding is made from the best materials and erected by our experienced and trained scaffolders, our domestic scaffolding is highly reliable, durable and cost effective.
We have exemplary safety record which speaks for itself and is testimony to the quality and reliability of every section of domestic scaffolding we erect in Shirley CR0 area.
Having worked in the scaffolding industry for many years, we know the only way to build a long-term relationship with our clients is by delivering an outstanding level of service.

Why Choose Us For Domestic Scaffolding in Shirley?

Expand Scaffolding have been offering domestic scaffolding in Shirley and throughout the surrounding areas for more than 10 years. Our team of professional scaffolders can provide advice you on the type of scaffold you need. We ensure all domestic scaffolding is erected in a safe manner. Having listened to our customers feedback we believe some of the reasons you should choose us as your local Shirley CR0 scaffolders are:

Our domestic scaffolding services in Shirley include:

At Shirley Expand Scaffolding, we are proud of our reputation as one of the most professional and trusted scaffolding companies covering Shirley CR0 area and the surrounding areas. You can depend on our scaffolding erectors to provide solutions that benefit your domestic projects.

Unlike any other scaffolding companies in the local Shirley area, Expand Scaffolding offers prompt service 24 hours a day, seven days a week. Our scaffolding services come with no height restrictions so we can diverse range of projects such as domestic alterations, commercial construction and large industrial developments.

Expand Scaffolding is trusted by many clients throughout Shirley CR0 and the Surrey area. We provide scaffolding and temporary roofs at competitive prices, maintaining the most exacting standards of workmanship at every stage.

A Safe Approach to Domestic Scaffolding in Shirley CR0

The expertise of the chosen scaffolding company dictates safety and security not just for the homeowner, but also for any other workers working onsite. This is what we pay strict attention to as your scaffolding contractor.  An incorrect set-up, or the construction of scaffolding in an awkward place at your Shirley CR0 property without taking additional Health & Safety precautions, leaves people at risk of injury.  You can rely on Expand Scaffolding to provide you with the constructions and towers you need. Our scaffolding erectors maintain high standards and deliver a safer service at prices we know to be competitive.

Shirley is an area of South London, England, within the London Borough of Croydon. It is located east of Croydon, on the border with the London Borough of Bromley, and 10 miles (16 km) south south-east of Charing Cross. Until the 1930s Shirley consisted of a few hamlets between farms and the estates of the large houses. These included Spring Park, Monks Orchard, Shirley Park, Shirley Lodge and Ham, names which are reflected in the names of neighbourhoods today. Originally part of Addington and contrary to popular opinion, Monks Orchard is not named after a monastery in the area, but probably commemorates a family named Monk, who owned some of the land at one time. When Lewis Lloyd acquired the land and had a mansion built in 1854, he adopted the name of a local wood, "Monks Orchard", for the whole estate.

Get in touch today for a free quote
